My first day in Oahu, Hawaii. We visited Ho’omaluhia Botanical Gardens and the Marine Corp Base Hawaii which ended in a glorious sunset over Kaneohe Bay.

Ok so – it was the first REAL day in Oahu… and there was no way we were getting a full 8 hours of sleep. Sure, yesterday was super exhausting but waking up at 6AM felt like sleeping in ’til noon in NYC. Plus there was too much to see and sleeping was for the weak.

When traveling to a new place it was alway easy to notice the things I’d never seen before but once we hit the highway things felt oddly familiar. Not quite déjà vu but for a moment it took me back to the almighty Route 55 highway from my grade school days. Route 55 was one of the few major highway veins through South Jersey and I had spent a good portion of my hour long school bus rides on.

Actually, it wasn’t that familiar. I guess for a split second the abundance of green trees on the four lane highway was similar enough compared to the BQE or FDR in NYC. Also the massive mountain scape in the distance was a stark contrast from the incredibly flat terrain of South Jersey where even the Woodbury Landfill was be considered a mountain.

As we arrived, the once distant mountains stood there staring us right in the face. Too beautiful to be intimidating yet still too far from where I wished they were… under my feet while hiking the Haiku Stairs. But it was fine – that wish could wait for another adventure. Don’t get me wrong, my family is pretty rad but they aren’t quite the “scaling massive mountains up a stairway to heaven” kind of family. Plus it was probably better for me to slow down and enjoy that Island Mentality anyway.

Venturing though the gardens was a pretty nice way to ease into the day, plus I had a new toy to test out… We spent the morning exploring, or as my family probably would have said, “waiting for JJ to catchup”.

See I had been in a life long battle with boredom. Even with awesome people and gorgeous views, I always found myself itching for more excitement. And one of the easiest ways to maintain a piqued interest was with sometime new. A new experience, a different view, a never before seen flower, or <b><i>a new camera to capture that never seen before flower from a different view to relive the new experience again.</i></b>

Typically, once I’d seen something, the excitement wore. But with a camera to capture and shape an image it allowed me constantly create new perspectives and alter the normalcy of an event to better reflect the emotion experienced and revive feeling after the moments pass.

Sure, that ability to visually recollect meant a great deal to me but putting a camera in my hands to capture a trip was also my preferred way to sharpen my skill. My goal this trip was to find a balance of blending cinematography, photography, and written content to aid my storytelling.

Oh but you wanted to know how the Botanical Gardens were?

They were pretty great, vibrant, and green. A WHOLE lot of green. Plants and flowers I had never seen before, so bright and um… oddly shaped. A flower bud actually looked like a bird. Sounds of birds, in all directions, some distant but some nearby. It almost felt like a real jungle… Almost. You’d have to forgive me – the only jungle I’d seen in a while was completely concrete. And it didn’t have massively prehistoric Jurassic Park leaves.

Not everything was a “never before seen” experience. There were a few dabbling ducks… which made me think – where in the world is safe from a magnificent Mallard’s reach? I feel like they are literally everywhere.

After lunch we made our way to the Marine Corp Base. This was Nick’s 4th year in the Marines and being stationed in Oahu was a nice change of pace compared to the two tours in Afghanistan.

If you ever get the chance to visit the MCBH definitely take advantage of it. Getting a peak behind the curtain is always a blast and since the base is closed to the public, we had access to some pretty sweet secluded sites.

First we visited the WWII Iwo Jima Memorial with the iconic flag rising monument. Word on the street – the original photo was the most famous, perfectly composed news photo of all time. And when you think about the technology back then, photographers really only took 1 image at a time so this had to be a perfect combination of excellent anticipation and the right place right time.

We made our way to the east side of the base and made a quick stop at Fort Hase Beach to get our first taste of Hawaii’s Pacific Ocean. But before I even made it to the sandy shore I had to capture the Naupaka kahakai (a tropical island beach shrub – yea I definitely had to look that up) Something about it really caught my eye.

Such a beautiful abundance of green waving in the wind.

The round trip tour of MCBH peninsula continued as we made our way towards North Beach. Excited to show us, Nick lead us down a semi-secret pathway for a sneak peek of what Oahu had to offer.

The first real view of Hawaii to ignite my awe

But the other half is how incredible the view actually is. The way the scenery layered perfectly in the distance was incredible. The rocks being held back by a concrete barrier, the ocean waves crashing against it, the narrow beach nicely secluded behind the grass covered dunes as it curved out to the right back towards the ocean. There was a slight misty hazy fading out the mountains in the far background. And the sounds of the waves crashing just beneath my feet to top it all off.

I’m not going to lie, this was awesome. I tend to play things down to be less amazing than they are but I couldn’t help but let a smirk of excitement leak through my lips.

I looked up the stairs and everyone had a smile on their face. Every single one of us.

After firing off a handful of shots, I stood at the bottom of the steps and took a deep breath soaking in the sights, sounds and smells all at once.

I probably could have just sat on the stairs for an hour immersed in the energy but we still have more to see.

The last spot we hit was the Presidential Cottage on the northwest peek of the base, overlooking Kaneohe Bay.  As we began a short hike up, I could hear the distant roaring of helicopters over the hill.

Sometimes unintentional planning can still lead to perfect timing. Just as we reached the top, the sun began it’s decent into golden hour. Throw in a few apache coppers in the mix and it felt like living on a movie set.

Ok, I thought the last view was incredible but this was unreal. The ocean mist and foggy skies combined to add more wonder to the setting sun peeking through the clouds…

I wonder how long it takes most people who move to Oahu, to start taking their scenery for granted. I would promise to soak it in every day as if it were the first. We had barely seen a thing but my eyes were already pleased.

Content related to one experience or event often spans more than one post. A trip recollection may also be connected to the personal reflection of that experience or have an ongoing project flow through. Any related projects or posts will be shown here. 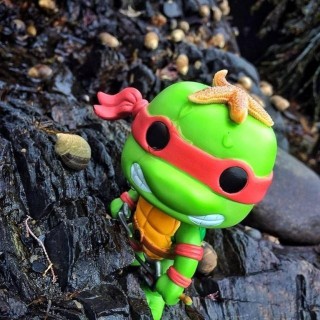